Dimitri Renmans is a postdoctoral researcher at the Institute of Development Policy at the University of Antwerp. He is a political scientist and obtained his PhD in performance-based financing in the healthcare sector in general and more specifically in Uganda. He now focusing on methodologies like realist evaluation and qualitative comparative analysis (and the combination of both) and their application in different interventions in the healthcare sector.

Maïté Verloigne obtained her PhD from Ghent University within the EuropeaN Energy balance Research to prevent excessive weight Gain among Youth-project (ENERGY-project). Maïté is currently an Assistant Professor at Ghent University, in the Department of Public Health and Primary Care; Health Promotion unit. The research programme she currently works on focuses on applying a participatory approach in health promotion.

Tim Opgenhaffen (°1989) obtained a PhD on the topic of ‘restrictions of freedom in residential care’. In this PhD he made a human rights evaluation of legislation and policies in Belgium. It was awarded with the Collin Prize, the Derine Prize and the Walter Leën Prize. Currently, Tim Opgenhaffen is an assistant professor social law at Hasselt University, as well as a guest professor at the University of Leuven and the University of Liège and a lecturer at University College Leuven Limburg. He carries out fundamental and practice-oriented research in the domains of social law, welfare law and health law. His primary research subjects are restrictions of freedom in care, social rights of persons with disabilities, legal capacity of persons with psychosocial disabilities and professional secrecy.

Heidi Mertes is an associate professor in Medical Ethics at Ghent University and one of the founding members of both the METAMEDICA consortium and of the Bioethics Institute Ghent. Her academic research focusses on the ethical implications of innovations in healthcare, with a particular focus on reproductive medicine, genetics, embryonic stem cell research and more specifically ethical challenges at the intersection of these different domains. She has, for example, published articles on the ethical issues related to so-called social egg freezing, embryo research, stem cell derived gametes, genetic parenthood, genome editing, genetic screening of embryos, etc. As the principle investigator of the ERC-funded project DIME, she is currently focusing on the impact of disruptive innovation in healthcare on medical ethics and on shifting responsibilities in healthcare. Heidi teaches courses at Ghent University in bioethics, medical ethics, moral philosophy and global health ethics.

Katrijn Delaruelle studied Sociology and completed her doctoral research at Ghent University, under the supervision of Prof. Dr. Piet Bracke. Her PhD dissertation focused on the impact of educational expansion and educational systems on health inequalities between lower- and higher- educated individuals. She currently works as a postdoctoral researcher at the Department of Sociology. Her research interests include the link between social inequalities in health and the macro-sociological context.

Nele Brusselaers is a clinical epidemiologist and professor at UAntwerpen. Her main research interests include the long-term effects of commonly used medications such as antibiotics, antacids etc, possibly through interactions with the microbiome – with a focus on the gastrointestinal and vaginal microbiome. Her clinical areas of expertise are cancer (especially gastrointestinal), women’s health (incl. pregnancy) and infectious diseases. Nele is trained as a doctor, epidemiologist and infection control specialist/hospital hygienist, but currently works as a full-time academic researcher.

Professor dr Sibyl Anthierens  is a  social scientist.  She is also the co-director of QUALUA (Qualitative Health Research University of Antwerp). Her  specific role and research aims are: coordinating and looking for strategic opportunities to deliver cross-cutting social science research across clinical and epidemiological work in infectious diseases research to evaluate how evidence based treatment and management strategies are used or not used in everyday practice by patients and professionals  and  how this new evidence can be used to improve practice by tailoring interventions, evaluate and adapt them and implement them in practice. Her research reflects the complexity of the health care system and aims at understanding how it works taking context into account. All her areas of application involve drawing together a set of qualitative research methodologies and the so called “mixed methods” where she has extensive expertise and experience in application/ She has supervised many master theses and is currently promotor of 6 (inter)national Phd theses.  She has been teaching qualitative research methods in health care for many years.

Steven Abrams is Professor of Biostatistics at the University of Antwerp (Global Health Institute, ESOC), postdoctoral researcher at UHasselt (Center for Statistics, I-BioStat) and member of the Modelling Infectious Diseases (MID) unit within the joint SIMID initiative between both universities. He has worked on various topics within the field of infectious disease modelling such as modelling individual heterogeneity in the acquisition of infectious diseases and outbreak risk assessment in highly vaccinated populations. He is involved in the statistical analysis within several projects on measles, pertussis, tuberculosis, malaria and covid-19 infections. He teaches introductory and advanced courses in statistics and mathematical modeling to undergraduate and graduate students.

Paul Van Royen is Professor of Family Medicine in the Faculty of Medicine and Health Sciences at UAntwerp. At the Department of Primary Health and Interdisciplinary Care he developed a research centre with strong expertise in qualitative research and several research lines, each developing projects, collaboration and a growing output. He has been involved in a number of different international projects funded by the European Community (Forum, Improve, TRANSFoRm). He has authored over 150 articles in peer-reviewed journals. 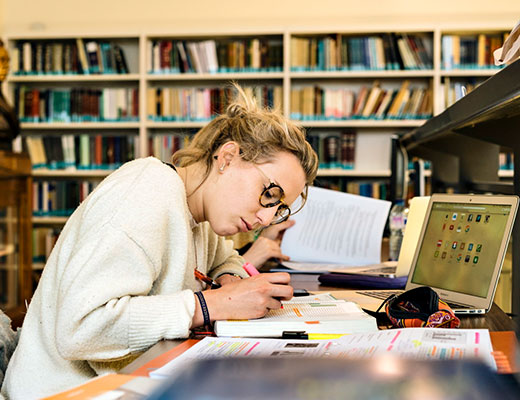 Become a Master in Global Health

Your dream is within reach. Follow your heart and get started on the career of your dreams.

Oops! It would seem that you're using an outdated browser. This might prevent the website from being displayed correctly. We strongly advise you to download the latest version of your favourite browser. With an updated browser, you can explore the internet in a safe and optimal way.